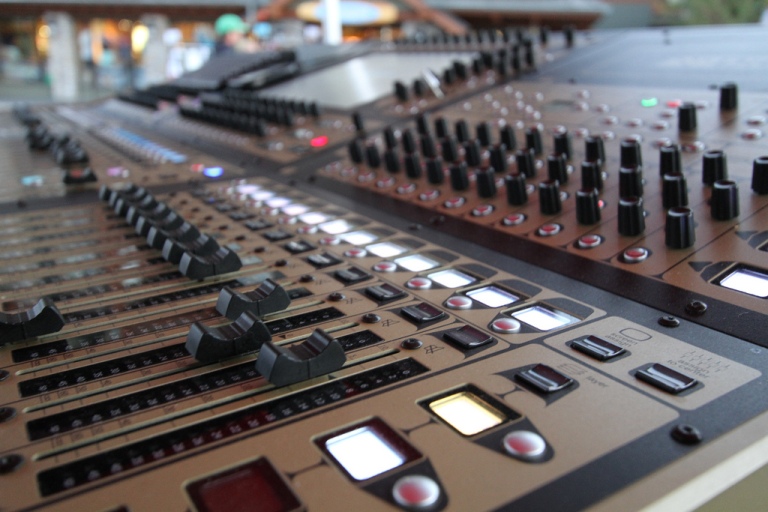 Everett and I met on Sunday for our third preproduction session.  This time we set up some mics and did some initial tracking with vocals and acoustic guitar.  Everett has recently acquired a Gretsch lap steel, and we used this opportunity to explore ideas for the song “Longest Night of the Year”.

When he first tried out the slide guitar during the bridge of the song, it was almost a transcendent moment for me.  Not having heard much beyond acoustic guitar versions of the song so far, even this small contribution to the arrangements was amazing.  It was like putting butter on the bread.  The trick now will be to figure out how much of that slide guitar will be just right without overdoing it.

While we spent a good part of the session exploring possibilities for the lap steel, I also began to take a hard look at the structure of this song and what might be trimmed to tighten it up.  The initial version was coming in at over 6 minutes, which is too much to keep a listener interested–at least for this kind of folky acoustic song.  So, we’ve started to trim and clip some of the excess.  It is always remarkable to see how much better a song can be when the fat is cut from it.  And while the length of a song should not always be a determining factor, it is an important consideration especially when a first draft of the song exceeds five minutes.

In this case, the song structure revolved around a Verse/Chorus/Verse/Chorus/Verse/Bridge/Verse/Chorus, which when you look at it written out does seem kind of excessive.  And that isn’t taking into the account that the verses are structured around 3 stanzas as opposed to the usual 2 stanzas.  Anyway, we can often write a lot when a song is in its early stages and we’re not sure what is really important to the lyric or the flow of the song.  That’s not bad inasmuch as it gives us lots of material to work with.

However, having some distance from it now (I wrote the original song in March/April), it has become easier for me to take a critical view and cut out a stanza in the second verse, remove the verse before the bridge, and drop the chorus at the end altogether.  (I realize that dropping the last chorus might seem unusual but it works because the last verse is a repeat of the opening stanza, creating a cyclical effect with a sense of instability in the ending, which corresponds with the mood I want).  The net result has been to bring the length to under 5 minutes and arrive at a song structure that will be more likely to hold the listener’s attention.

I’m learning that the songwriting continues well into the preproduction phase, as lyrics get revised and song structure gets reworked.  I’m also realizing that it’s a lot easier to do some of this when I have some critical distance from the song, which suggests the value in coming into the studio with material that maybe isn’t too freshly minted.