The new album is coming soon. I’ve been working with Colin Noel at Electric Treehouse in Edmonton on a collection of 10 tracks that will be available on the streaming services in the new year.

In the meantime, here’s a sneak preview of a newly recorded version of “Wear Anything!”

This song was written several years ago for a songwriting workshop and has since become a favourite when I perform live. It’s all about different kinds of hats, which of course, are all about personality.

Coming up with a rhyming list of hats and making it work musically is the kind of creative challenge that I love taking on! For the longest time, I didn’t have a third verse for this song … but thank goodness for the Internet!

This version is now a duet featuring the incredible vocal talents of Taene Nomaowen, who joined me on a couple other tracks on the album.

I also added a new arrangement to it, while opening with a baritone ukulele made by Twisted Wood Guitars based in St. Albert near Edmonton (a very thoughtful gift from my wife).

What kind of hat are you gonna wear? 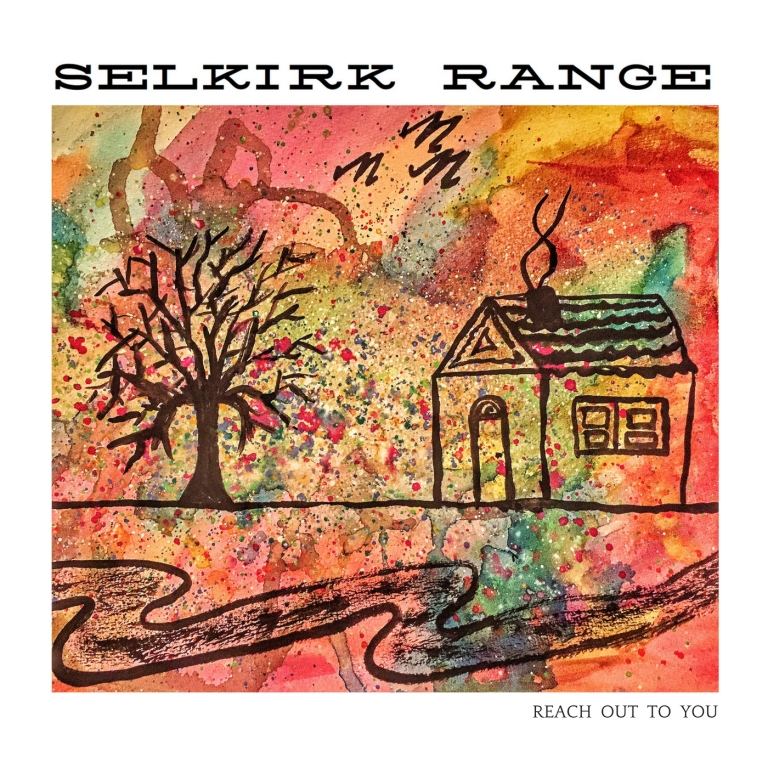 Selkirk Range will be performing a CD release show in Edmonton at Cafe Blackbird on April 6.

Yes, I know, it’s been a few months since we released the album but we decided to wait until Spring to celebrate it.

Join us for family-friendly show at a wonderful venue that supports local music in Edmonton.

We’re thrilled to release the first single off the album.  Yellowhead West — a song for that other great Canadian highway stretching across the prairies and into the mountains– was a finalist and received special mention in the Jameson Upstart category at the 2016 Ship & Anchor song contest in Calgary and I’m pleased to be able to share it with you.

Become a fan of Selkirk Range at Reverbnation before November 22 and help build the buzz.  I’ll send you a link to the pre-release digital download copy of the album.

Here’s a peek at the artwork for the forthcoming album.  The painting is titled “Rasht” by Ottawa-based artist Taymaz Valley.  He has  very kindly given me permission to use this piece for the record, and I would like to thank Renee La Roi for her assistance in pulling all the design elements together for the CD packaging and online graphics.

I was drawn to the organic feel of the painting and brilliant use of colour.  The river, tree, and house all speak to elements and themes within the songs on the album.  That combination was simply irresistible to me.  I hope you like it as much as I do!

Stay tuned for a special announcement later this week about the release date for the album and a special pre-release offer for fans of Selkirk Range.

Final mixes are done and we are sending the tracks to be mastered at Golden Mastering in California in the coming week.

From there, we will send master tracks for replication on a small run of CDs, as well as uploading to CD Baby for distribution to various online retailers, including iTunes.

It will be a soft launch of the record in November, meaning that I will release some or all of the album but plan for a more formal release event in the coming months.

Everett’s been wonderful to work with throughout this process, and I’m very pleased with the results so far; and especially for the opportunity to work with some talented musicians who performed on the record.

We had a big weekend, recording lead vocals for five songs and backup vocals for another four songs.  Maggie’s Hill cabin is a historic site just east of Edmonton.

The cabin was built by a Metis settler in 1891 and provides a blissful location for creative work.  My producer Everett LaRoi and I were joined by his sister Renee, as well as Alice Kos and Karen von Klitzing who both provided backup vox for the record.

Everett and I met on Sunday for our third preproduction session.  This time we set up some mics and did some initial tracking with vocals and acoustic guitar.  Everett has recently acquired a Gretsch lap steel, and we used this opportunity to explore ideas for the song “Longest Night of the Year”.

When he first tried out the slide guitar during the bridge of the song, it was almost a transcendent moment for me.  Not having heard much beyond acoustic guitar versions of the song so far, even this small contribution to the arrangements was amazing.  It was like putting butter on the bread.  The trick now will be to figure out how much of that slide guitar will be just right without overdoing it. 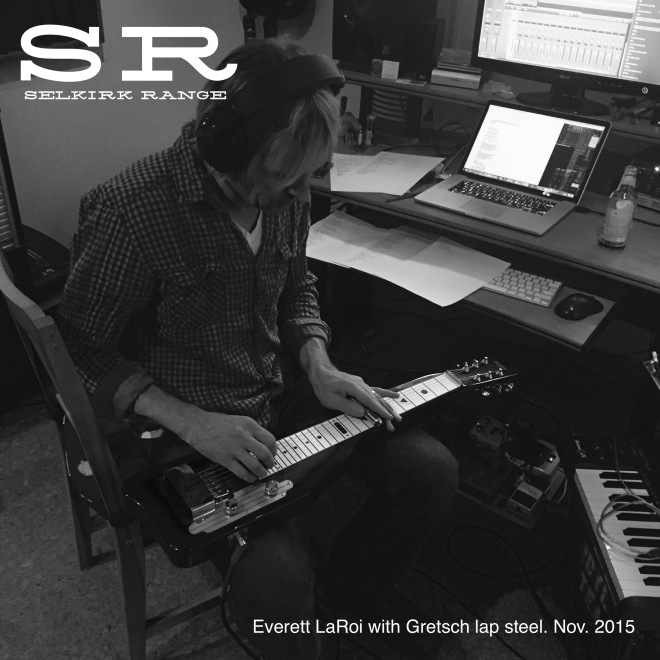 While we spent a good part of the session exploring possibilities for the lap steel, I also began to take a hard look at the structure of this song and what might be trimmed to tighten it up.  The initial version was coming in at over 6 minutes, which is too much to keep a listener interested–at least for this kind of folky acoustic song.  So, we’ve started to trim and clip some of the excess.  It is always remarkable to see how much better a song can be when the fat is cut from it.  And while the length of a song should not always be a determining factor, it is an important consideration especially when a first draft of the song exceeds five minutes.

In this case, the song structure revolved around a Verse/Chorus/Verse/Chorus/Verse/Bridge/Verse/Chorus, which when you look at it written out does seem kind of excessive.  And that isn’t taking into the account that the verses are structured around 3 stanzas as opposed to the usual 2 stanzas.  Anyway, we can often write a lot when a song is in its early stages and we’re not sure what is really important to the lyric or the flow of the song.  That’s not bad inasmuch as it gives us lots of material to work with.

However, having some distance from it now (I wrote the original song in March/April), it has become easier for me to take a critical view and cut out a stanza in the second verse, remove the verse before the bridge, and drop the chorus at the end altogether.  (I realize that dropping the last chorus might seem unusual but it works because the last verse is a repeat of the opening stanza, creating a cyclical effect with a sense of instability in the ending, which corresponds with the mood I want).  The net result has been to bring the length to under 5 minutes and arrive at a song structure that will be more likely to hold the listener’s attention.

I’m learning that the songwriting continues well into the preproduction phase, as lyrics get revised and song structure gets reworked.  I’m also realizing that it’s a lot easier to do some of this when I have some critical distance from the song, which suggests the value in coming into the studio with material that maybe isn’t too freshly minted.

Everett and I are continuing to run songs and explore ideas for the upcoming record.  Here we are in his home studio working on parts for “You, Me, and the Almighty.”  At this point, most of our effort is focussed largely on playing the songs together, listening to them in a raw form, and then talking about structure and arrangements.

For this song, we’ll likely keep things relatively simple with guitars and possibly a slide steel.  I’m keen to try out some unusual sonic elements to give the song a darker quality, and Bry Webb’s album Freewill is something we’re listening to for ideas. 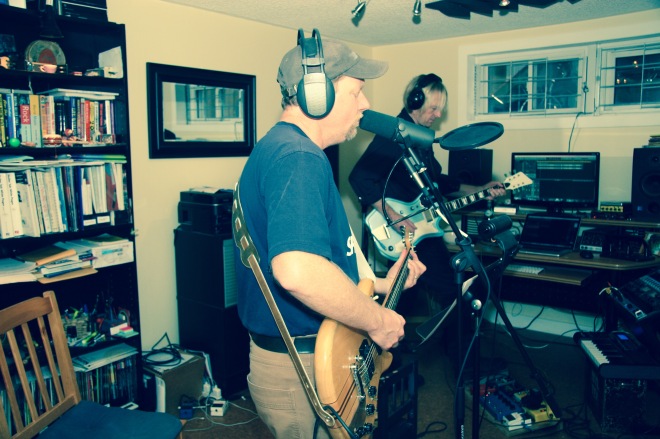