Modernist designers introduced the notion that form follows function to suggest that the intended purpose or function of any object should dictate its shape or appearance.

For songwriters, this is an important idea because it draws attention to the musical form that we use to provide a structure for our compositions.  If we assume that the hook is the heart of a song (it doesn’t seem right to call it the ‘function’) then the form should follow in such a way that best supports that hook.

There are always exceptions to the rule, but Sheila Davis in The Songwriters Idea Book offers a helpful overview of the three major song forms that have tended to dominate in the field.  This is changing with genres like rap and EDM but let’s ignore that for now. 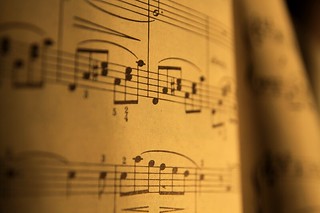 The three major forms are the verse/chorus, the AABA, and the AAA.  Each has several variations, but basic idea is that these forms support different kinds of hooks.  Let’s focus on the verse/chorus form for now and I’ll discuss the others in future posts.

The verse/chorus form is very common and well suited to songs that have a strong hook that can stand on its own with a lyric and melody that bears repeating.  The verses support the hook by using a variety of approaches including plots based on time, place, point of view, etc.  The sections are usually very distinctive, with most listeners able to easily identify the difference between a verse and a chorus.  Very often the title of the song is the first line of the chorus in this form.

A good contemporary example of this form is found in “Beautiful Day” by Charlie Robison.  The song includes a lengthy 16-bar instrumental break after the second chorus before continuing to a third verse/chorus.  (Amazingly, however, the song still comes in under 3 minutes, ensuring it is radio friendly.)

A good classic example of this form is Bryan Adam’s “Cuts Like a Knife“.  The 8-bar bridge is placed after the guitar solo and with the lyric starting “Another night/another lesson learned”.  The chorus then follows and ends the song.

A second common variation is the verse/climb/chorus, which adds a pre-chorus or ‘climb’ in between the verse and the chorus.  This form is used to build up energy for the release of the hook, or sometimes to provide an important lyric line that helps to set up the chorus.

A good contemporary example of this form is JP Hoe’s “Save You“.  The climb after the first verse begins with the lyric “so tell me where did it go wrong..” with the chorus starting on the line “You tried to own the sun …”.  The climb in this case is essential to a plot twist in the lyric (listen for it).  It’s interesting to note that the title is buried in the chorus, but in my opinion the musical hook is so strong that it doesn’t matter all that much.  It’s also worth mentioning that the song has a bridge-type section based on the both the music and lyrics of the climb section.

Form follows function, and for songs with strong, repeatable standalone hooks, the verse/chorus structure is both effective and often anticipated by listeners.  In the next part I’ll talk about the slightly more elusive AABA form.