I’ve started to use Flickr to browse images that are related to an phrase or theme that I’m working with in a song sketch.  It’s an interesting exercise that helps to generate fresh ideas that also have a visual dimension to them.

For example, I’ve been working on a song with the phrase “she’s like a merry-go-round”.  That line came out spontaneously while I was noodling but it seems like an interesting element to build a theme around, so I went to Flickr and browsed the images that came up when I searched that term.

Images like the one below got me thinking about lovers sitting together, moving up and down as the merry-go-round turns. Sometimes they move in unison and sometimes in counterpoint.  This suggested to me the up and down cycles of relationships.  There is also an energy in this photograph with the horses, their mouths open, that evokes a sense of raw passion that might be seen in two young lovers.  Lots of fodder for lyrics here. 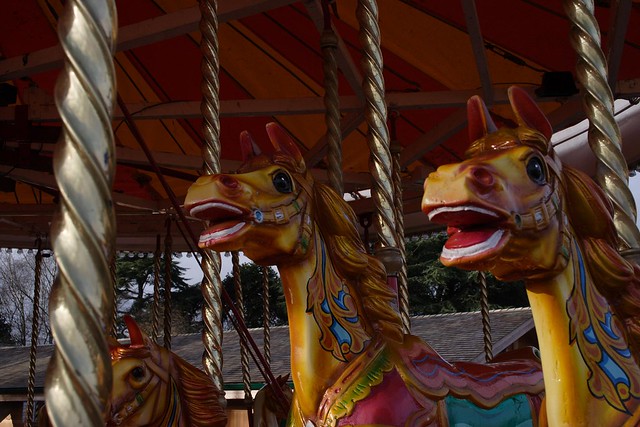 Or this one here, which for some reason reminded me of a music box and that sense of childhood often associated with amusement parks.  I later wrote a wraparound line “I want this to last forever” to tie two verses together.  It might very well have been a subconscious response to seeing this image: 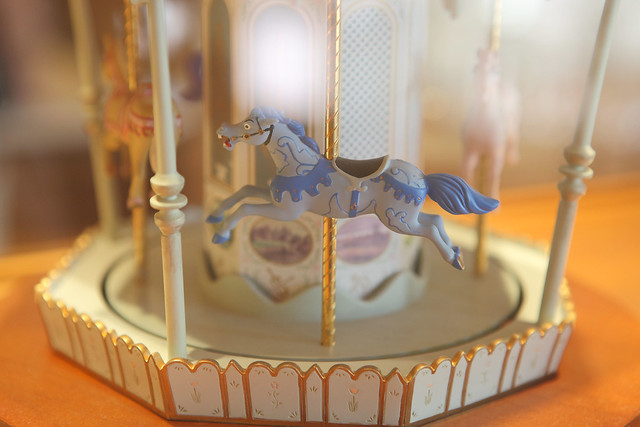 This one is a long shot of a pier with an amusement park, and brings thoughts of the seaside and a stroll in the evening air.  I might never have considered either of those thoughts had I not seen this picture. 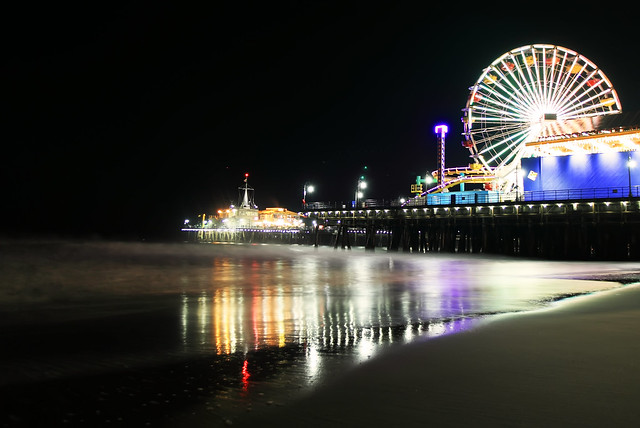 The various elements within the images provide a rich field of ideas that I might not otherwise have immediately associated with a “merry-go-round.”  But that richness, that unexpected diversity, leads to more intricately developed themes and more interesting possibilities for lyrics to take shape.

Another dimension to this approach is to see how other people choose to photograph a merry-go-round.  This helps me to understand the kinds of images that this phrase might evoke in listeners and provides some clues about what to emphasize or draw out in the lyrics.  For example, I saw many time-lapse images of merry-go-rounds, which suggests that it might be something that people will relate to in a song.  I’m not sure what that might look like in a lyric but the seed has been planted. 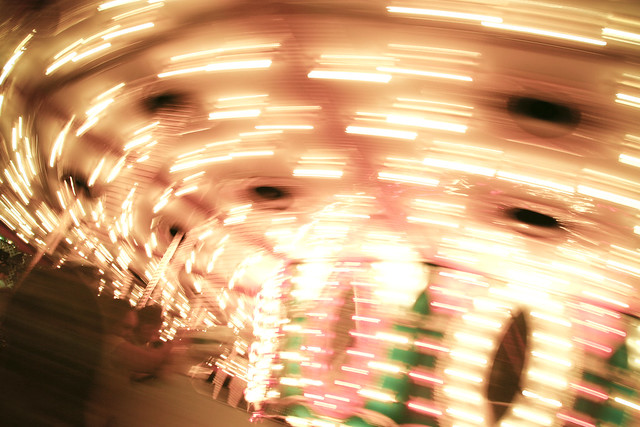 I don’t print the pictures, but I do set up links to the ones I find most interesting and refer to them while I’m working on the song.  I suppose one could print them and put them up in the studio for inspiration as well.

Whatever the case, Flickr and other photo sharing sites seem to me to be a great resource for opening up the imagination during the writing process.  Thank you Internet!